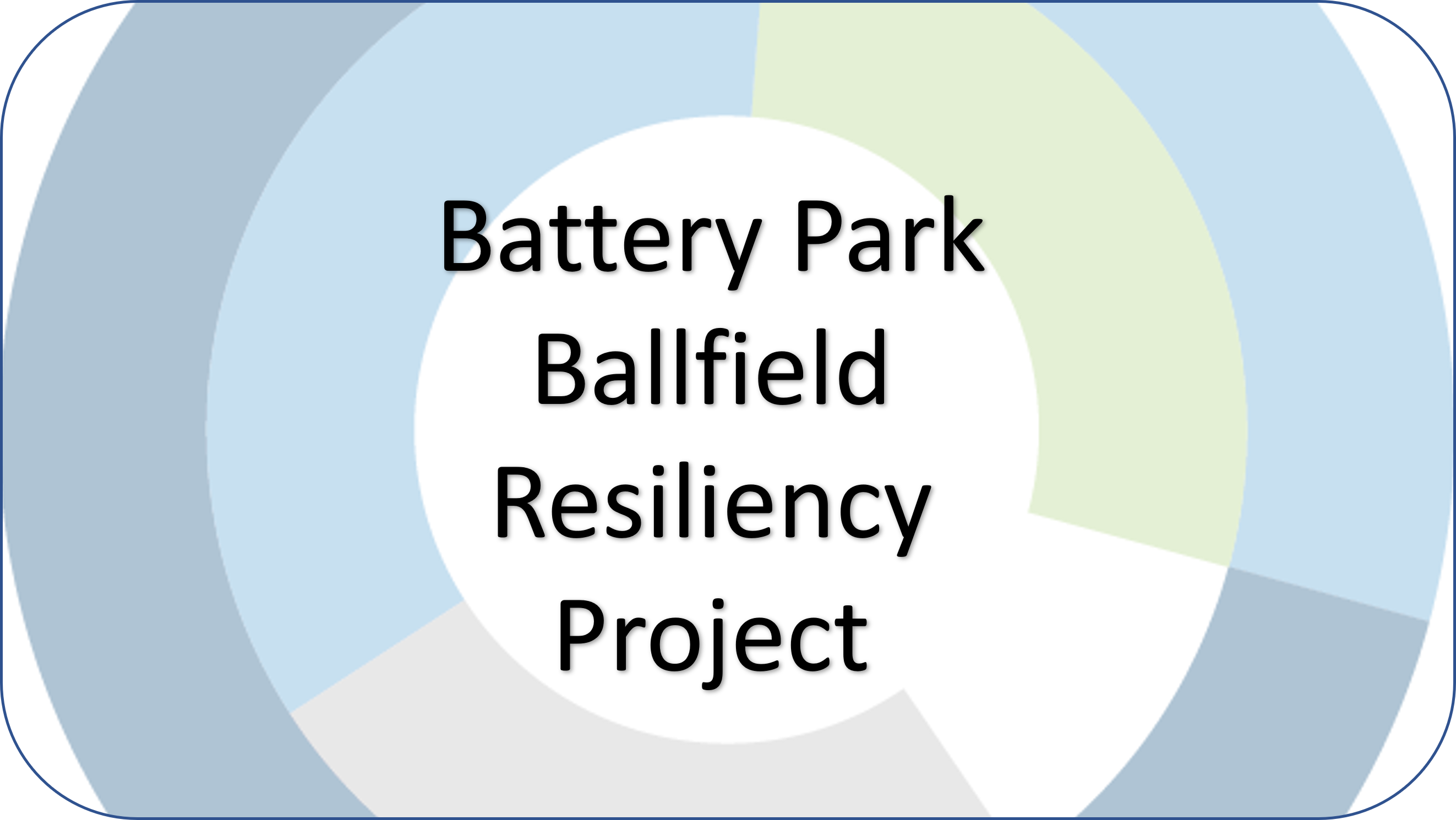 The Battery Park City Ballfield Resiliency project constructs an independent flood barrier system along the eastern, northern, and southern boundaries of the ballfields. To construct the project portions of the roadway network, bikeway, and sidewalk needed to be closed. To ensure continuous operation of the heavily used Hudson River Greenway for bicyclists and the sidewalk along the west side of West Street between Warren Street and Murray Street, a modification to the bikeway and detour of pedestrians was required. The sidewalk was closed off and pedestrians were detoured to the west side of the bikeway and bikes were detoured to the east side of the bikeway. Signs, temporary pavement markings, and traffic control devices were installed to control traffic. MPT plans were approved by NYSDOT and NYCDOT.

Maintenance and Protection of Traffic design